The V Foundation for Cancer Research was founded by ESPN and legendary basketball coach Jim Valvano with one goal in mind: to achieve victory over cancer. Since its start in 1993, the V Foundation has awarded over $170 million in cancer research grants nationwide and has grown to become one of the premier supporters of […] Continue reading → 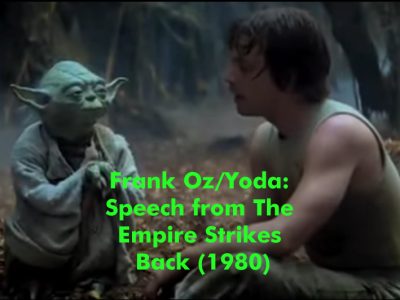 This is the scene where Yoda teaches about the Force or rather “Holy Spirit & Faith.” As you know, the character of Yoda derives from the principles of the bible. For example, “Faith of a mustard seed, you could move mountains” parable. Etc. etc. etc. may you people find it a good encouragement. Yoda teaching […] Continue reading → 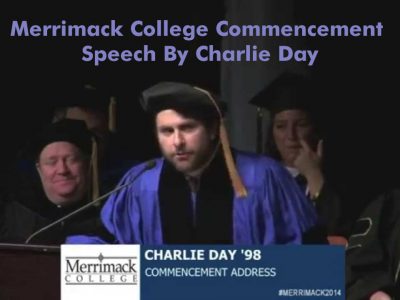 Actor, producer and screenwriter Charlie Day, a 1998 graduate of Merrimack College, delivered the keynote address at Merrimack’s 64th undergraduate commencement ceremony. Best known for his role in the sitcom It’s Always Sunny in Philadelphia, actor Charlie Day had lots of wisdom to share during the 2014 commencement speech at his alma mater, Merrimack College. Day […] Continue reading → 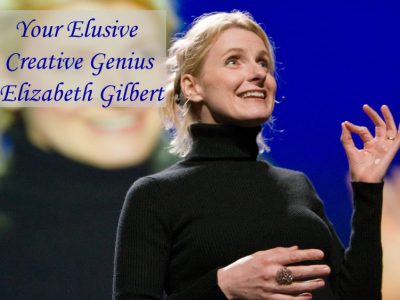 “Eat, Pray, Love” author Elizabeth Gilbert muses on the impossible things we expect from artists and geniuses — and shares the radical idea that, instead of the rare person “being” a genius, all of us “have” a genius. It’s a funny, personal and surprisingly moving talk. Your Elusive Creative Genius | Elizabeth Gilbert I am […] Continue reading → 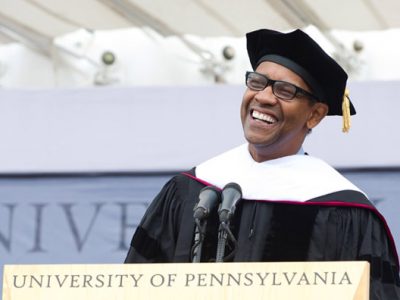 Denzel Washington, internationally renowned actor and director, delivered the address at the University of Pennsylvania’s 255th Commencement on Monday, May 16. Washington is one of the nation’s preeminent performing artists, having achieved wide acclaim for his film, theatrical and television performances, as well as his accomplishments in film directing and television production. Washington has received […] Continue reading →